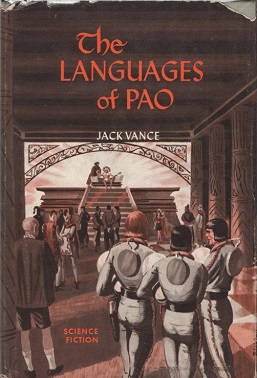 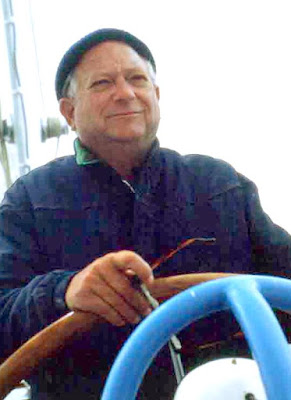 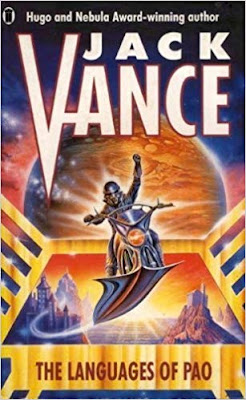 A couple of days ago I found myself back at that strange Mecca for secondhand booklovers, Xanadu Book Exchange in Papamoa (just outside Tauranga). It's no easy task to find it, especially with Bronwyn trumpeting 'We're never coming back here! I hate this place!' every five seconds, as she read out the GPS instructions from her phone.

Last time I was there I bought a beautiful edition of Pepys's diary. This time it had been picked over rather more assiduously by the locals, but there are still what seem like hundreds of aisles of books to explore.

Among other things, I picked up a few more books by Jack Vance to add to my collection. He's such a prolific author that I had to check each title against the running total in my bibliography notebook to see if I already had them. They're not exactly rare, but there are an immense number of different paperback editions with diversely garish covers. Here are the titles: 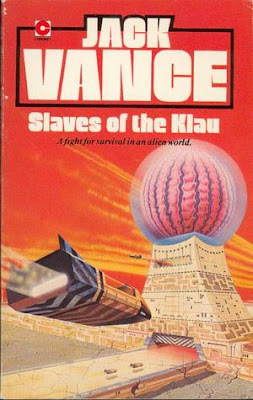 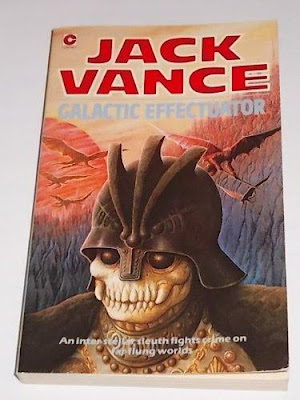 I remember that John Dolan once told me that if he had the chance, the type of writer he'd really like to be would be a pulp sci-fi author. I have to agree. The idea of being one of these scribes who pumps out a new novel every few months, between intervals of dreaming up new stories for the pulps and the slicks, is one of those ambitions like being a rodeo cowboy or a fearless test pilot: a pipe-dream, yes, but a strangely harmless one.

Jack Vance is the pulp-king par excellence. His fiction is always stylish and readable, composed with panache and intelligence, despite the recurrence of the same basic themes. 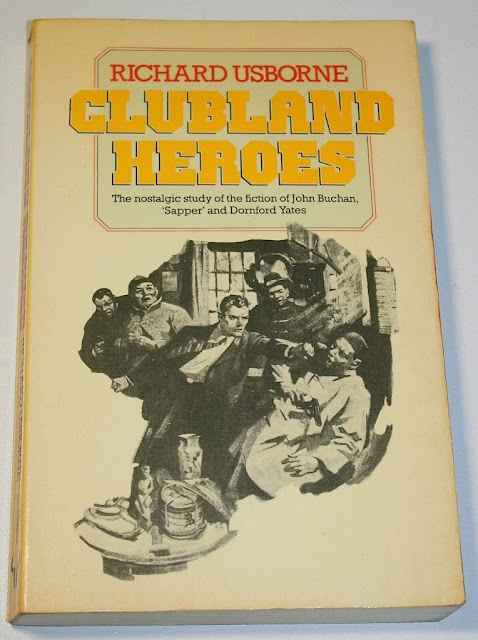 There's generally a superman type in each of his stories, who applies intelligence and cunning (with occasional bouts of compassion) to the sacred task of getting his own way. Some of these are more reprehensible than others (Cugel, for instance), but they are - to a man - unflappable: a little like Raffles or those other Edwardian sensation heroes: Dornford Yates' Berry, or Sapper's Bulldog Drummond.

The other thing he excels in is endlessly inventive descriptions of new alien planets. His favourites ('Big Planet', for instance) tend to be extremely large, quite populous, and full of diverse landscapes - peaks, canals, space-ports. In his fantasy settings ('Lyonesse', for instance), he subtracts technology and amps up the environmental richness, but otherwise there's not otherwise a great deal of difference. If you like Vance's SF, you'll like his fantasy, and vice versa and contrariwise.

The first of his works I came across, in an old copy of Galaxy when I was still a teenager, was his Hugo and Nebula award-winning novella The Last Castle. 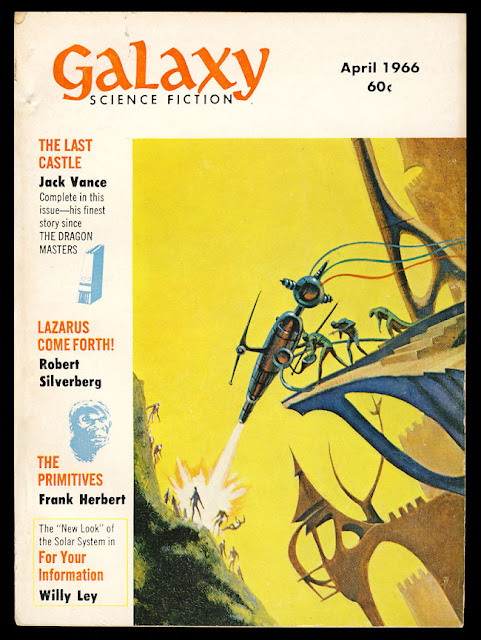 This was quite a revelation to me. It showed me that not all Sci-fi writers wrote 'fiction for young engineers' (Ursula Le Guin's famous characterisation of the Campbell era) - the wit, the vivid descriptions, and the doom-laden atmosphere of the story propelled him straight away to my pantheon of alt-lit heroes.

It wasn't till years later that I read the story again, and it had faded slightly in the interim, I'm sorry to say (or perhaps it was just that I wasn't then so aware of his basic battery of tricks). In the meantime, though, I'd fallen in love with Lyonesse and Night Lamp and a number of his later masterpieces.

There's a certain authoritarianism and cynicism in Vance's view of the world - a slight suggestion of Nietzschean ruthlessness in the actions of at least some of his heroes. I'm not sure how much I actually want to know about the man himself. Judging from the picture below, he was certainly a cat-lover. And he's given me countless hours of enjoyment. What more, in the final analysis, does one really need to know? 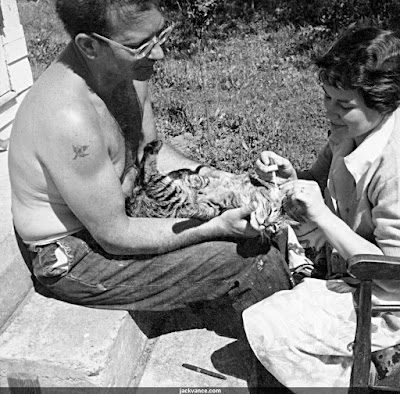 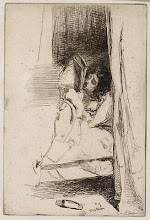 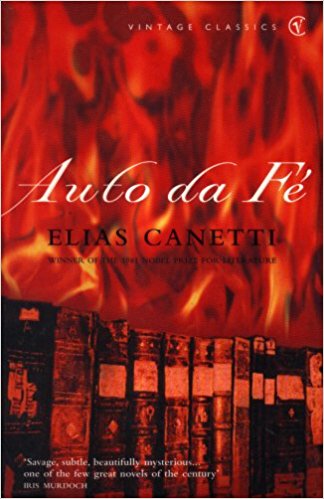